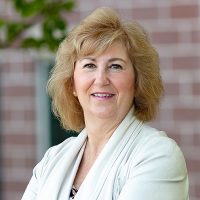 Janet Mosey has been an important member of Beacon's team since 2008, helping to keep the company's operations running smoothly and efficiently. Janet is a pleasure to work with. Her great sense of humor, quick smile, patience, and calmness under pressure set an example for us all and help to keep Beacon’s company-wide morale high!

In addition to helping with financial and accounting-related functions, Janet takes a lead role in the administrative support of the Medford, MA, office—such as serving as Dennis O’Neill’s personal assistant and coordinating with outside service providers. Janet also helps with Beacon’s involvement in industry events, such as working with our partners to plan and/or support networking events at the ABA Midwinter meeting and other conferences.